Jump to content
Insights
“The limits of my language mean the limits of my world…” When the Austrian philosopher Ludwig Wittgenstein penned this line in his Tractatus Logico Philosophicus, little did he know that the phrase would be seized by language-learners and language-lovers across the world.

“The limits of my language mean the limits of my world…” When the Austrian philosopher Ludwig Wittgenstien penned this line in his Tractatus Logico Philosophicus, little did he know that the phrase would be seized by language-learners and language-lovers across the world. It is often quoted in discussions about how learning a second or third language can broaden one’s horizons and offer exciting, new opportunities. In today’s increasingly global economy, that omnipresent Wittgenstein quote may be better phrased as “The limits of your language mean the limits of your business.” While there’s no doubt that the English language continues to dominate the worlds of business and tech, we now know that professional language services like translation and localisation are indispensable for reaching foreign markets, with Chinese, German, and Spanish among the most translated languages from English. But what about those languages which are less-commonly translated? Are they worth investing in? The European Language Equality Network (ELEN) estimates that 50 million people, or 10% of the EU’s population, speak a regional, minority, or endangered language (RML), while the 2011 census found that almost a million people in the UK speak Britain’s indigenous languages, the most prominent being Welsh, Cornish, Scottish Gaelic, and Irish. Have businesses long been overlooking a vast potential client base? Could minority languages offer a treasure trove of untapped branding opportunities, particularly for small businesses looking to stand out from the crowd?

What are minority languages?

Defining a ‘minority’ language is a notoriously contentious task that has plagued linguists, academics, and politicians alike. At its most basic level, the definition given by European Charter for Regional and Minority Languages is: “Languages that are different from the official language(s) of a given state, and are traditionally used within a part or region of this state by a group of its nationals that is smaller than the rest of the population (minority).” However, don’t be tempted to conflate the word ‘minority’ with ‘insignificant’. Although a minority language may be spoken by less than 50% of the population of a given state, this reductive definition does not account for a language’s total number of speakers. A report by La Plataforma per la Llengua estimates the total number of Catalan speakers across all Catalan-speaking territories to be over 10 million, which is more than the approximate number of native speakers of Finnish, Danish, Norwegian, Bulgarian, Swedish, and Lithuanian respectively.

Carles Casajuana: Catalan is spoken by 9 million people - it's a minority language, but not a tiny language. #WLW11

Secondly, it doesn’t consider the potential growth of minority languages. For example, the Welsh Government has set a target of growing the number of Welsh speakers from 570,000 to over 1 million by 2050, and has referred to the essential role that businesses are set to play in helping the government to achieve this aim.

The Iberian Peninsula as an Economic Opportunity

2008’s global financial crisis hit the Iberian Peninsula hard. However, in recent years Spain and Portugal’s economies have experienced successful recovery. Indeed, Spain has sustained a GDP growth of above 3% for the past three years, significantly higher than the eurozone average. Before Christmas, Nadia Calvino, Spain’s Minister of Economy and Business, highlighted the Spanish economy as one of the most dynamic and positive in the EU. It’s no surprise, then, that there has been a number of new UK investors adding to the 900 UK companies that operate in Spain, such as Dealz-Poundland, Stella McCartney, and Jo Malone, while companies like Tunstall and Primark are continuing to increase their investment.

#Spain´s market size and human capital are the two key factors cited by companies that invest in Spain, reveals the Barometer of business climate in Spain. You can read it here: https://t.co/MIl8BFcpYd https://t.co/MQ46viaZnD

Do you know your Castilian from your Catalan?

According to Professor James Foreman-Peck’s research for the Department of Business, Innovation, and Skills (BIS), poor language skills cost the UK economy around £48bn a year, or 3.5% of GDP. It can hamper growth of small to medium-size exporters and deter non-exporters from trading on an international scale. Indeed, in the words of Nick Brown, CEO of Nikwax, a UK-based manufacturer of cleaning products that exports to 50 countries: “English is fine if you want to buy things, but it’s not the right language to use for people who want to sell things.” Investing in the ‘minority’ languages of the Iberian Peninsula could be the perfect way to differentiate yourself and give your business the boost it needs in an overcrowded marketplace. So here are three ‘minority’ languages which could give companies a competitive edge in a part of the world where multilingualism is not only applauded, but also rewarded.

The Catalan language has received a lot of publicity in recent years due to Catalonia’s drive for independence and the political storm between the Spanish Government and pro-independence Catalonians. Many Catalans feel that the Spanish Government has failed to recognise and respect Catalonia’s multilingual reality and some Spanish nationalists have even gone as far as to accuse separatists of using the Catalan language as a ‘political weapon’. 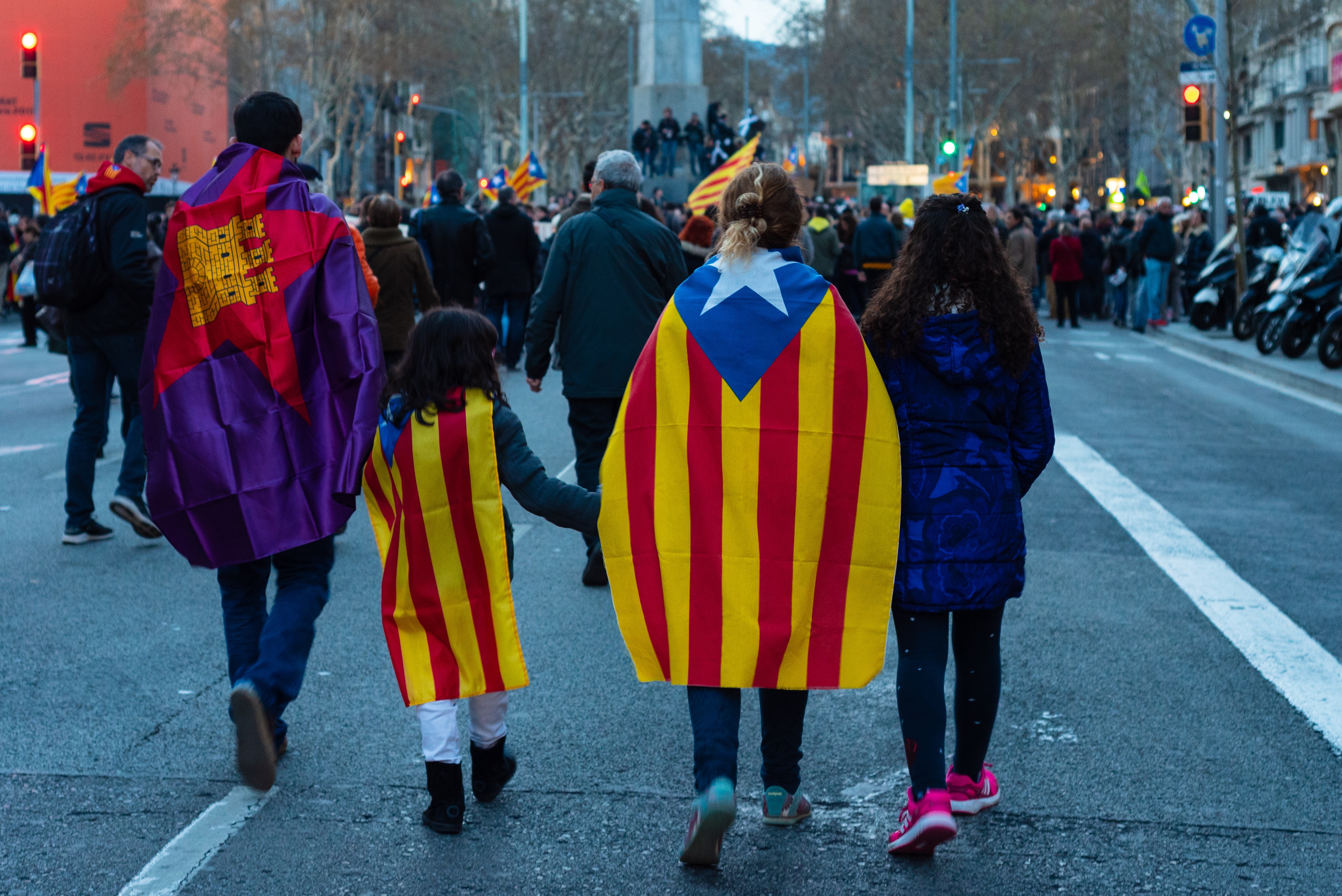 Regardless of your political opinion, no one can deny that Catalan is a vibrant, thriving language. Indeed, the span of the language itself is significant. As well as being the co-official language of Catalonia, an autonomous region in the northeast of Spain, and Valencia (where a linguistic variety of Catalan, called Valencian, is spoken), it is the sole official language of Andorra, a co-official language across the Balearic islands (which includes Ibiza and Mallorca), and is commonly spoken in areas of Sardinia, Italy. Furthermore, it’s no secret that Catalonia is one of the economic powerhouses of Spain. With a population of 7.5 million, about 15% of Spain’s total population, the region accounts for roughly 19% of Spain’s gross domestic product (a GDP comparable to that of Denmark) and, despite the financial crisis, boasts a distinctly lower unemployment rate than the national average. It is clearly an attractive region for your business to target. While most Catalans are fully bilingual and can understand and speak Castilian Spanish, many prefer to use Catalan in their everyday lives, whether it be in schools and universities, using public services, or spending time with family and friends. Offering services in the Catalan language, especially if you are doing business in Catalan-speaking territories, is something that your business should seriously consider if you want to reach a wide-ranging client base and prove that you value your Catalan customers.

@FlyingBrussels I would like to know why you do not use Catalan in your flights to and from Catalonia. As a frequent passenger, it would be very well received. Thank you. @staralliance

The Basque region is an autonomous community that spans across regions in Northern Spain and Southwest France, with an estimated population of around 3 million people. Like Catalan, the Basque language faced violent suppression under Franco’s dictatorship. Since Franco’s death in 1975, however, great leaps have been made to strengthen the Basque language and it is flourishing now more than ever. In the Basque Country, around 37% of the population, approximately 750,000 people, currently speak Basque. What is most interesting to note is that Basques under the age of 25 who speak Euskara has risen from 25% to over 70% in the past 25 years, a clear indication of its optimistic future. 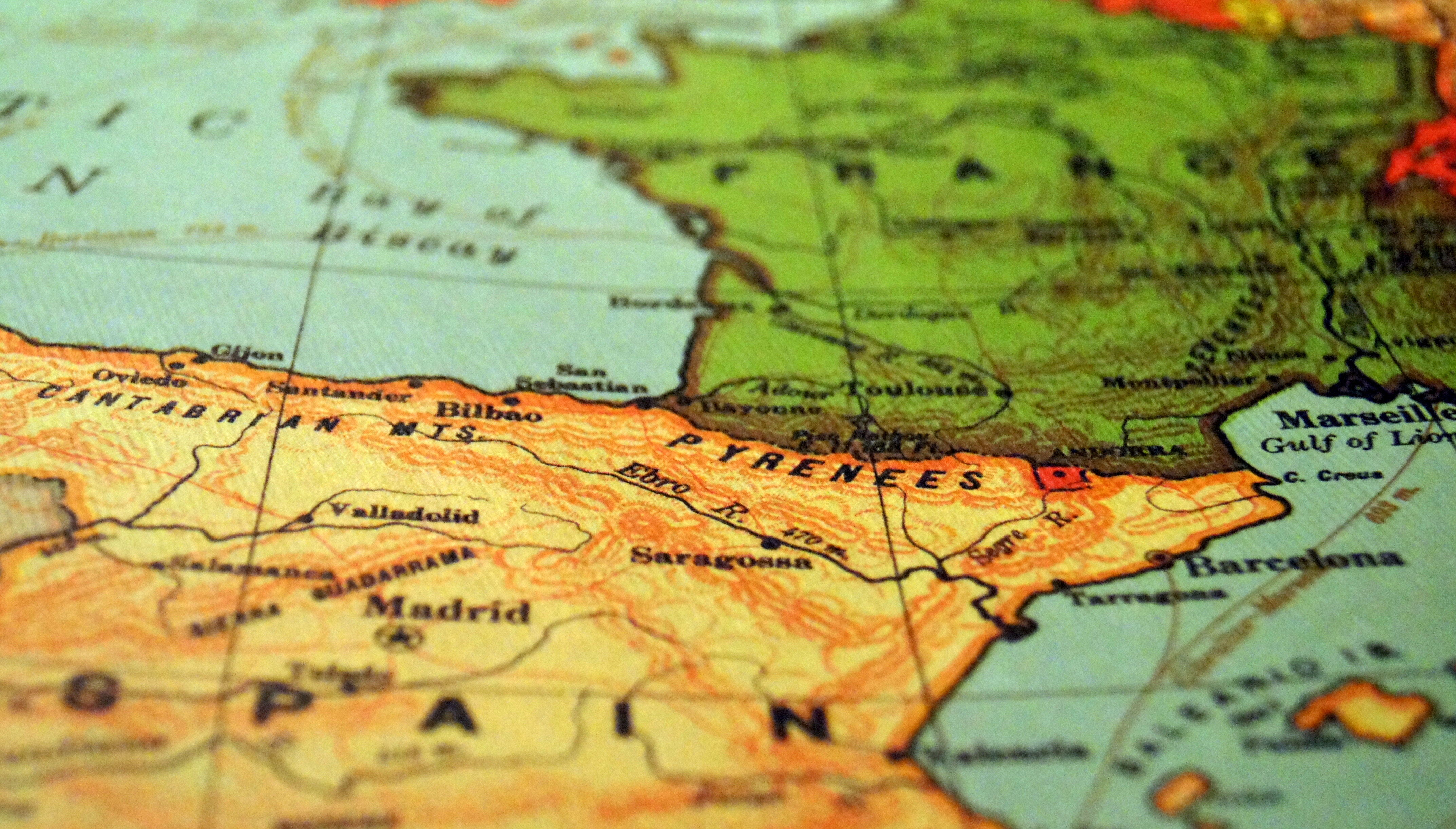 The Basque Country is a region of strong economic growth. It is one of the most important Spanish regions after Madrid and Catalonia, with a continuously growing GDP of 2.9% in late 2016. Its largest city, Bilbao, is one of the most economically prosperous cities in the EU. The Basque language is often thought to be a difficult and complicated language to learn, putting many foreigners off learning and using it. It has been estimated that the amount of advertising in Basque is still a very small amount in comparison to the total amount of money spent on advertising in the Basque Country, accounting for around 5% of the total amount spent. If Basque is so widely spoken and understood in the region, are companies and advertisers missing out on a golden opportunity to differentiate themselves in the Basque market?

The autonomous community of Galicia lies in the northwestern most part of Spain and borders the north of Portugal. It is famed for its capital Santiago de Compostela, the historic Catholic pilgrimage route ‘El Camino’, and burial place of the apostle Saint James. In 2017, it was reported that Galicia enjoyed the sixth highest GDP of the 19 autonomous Spanish communities and cities. The tourism industry is continuing to grow, along with its most important sectors, which include services (45.8% of regional GDP), industry (12.7%) and construction (10.1%). Most companies in Galicia are micro, small and medium-sized enterprises (SMEs), but several international companies have made their home there in recent years, including Inditex (Zara), PSA (Peugeot) and Pescanova. Inditex’s Zara has tapped into Galicia’s booming textile and fashion industry in particular. It has been estimated that Inditex probably subcontracts out about 500 million euros’ worth of business in Galicia, a region which has been dubbed the up-and-coming “Silicon Valley of the fashion industry.” In Galicia, there are over two and a half million native speakers of Galician: a language which shares a great deal of similarities with Portuguese. Interestingly, it is thought that nearly the entire population can understand Galician, and the majority can speak it. This is a surprising statistic, particularly when we compare the often-limited intelligibility of other ‘minority’ languages within their own regions. Despite this fact, Galician is rarely used in advertising or the private sector. It is evident that businesses are missing a golden opportunity to reach potential customers, inspire brand loyalty, and ultimately increase sales in this particularly prosperous region.

Minority languages can add real value to companies because their speakers often have a deeper, more emotional connection to that language than the official language of the state. Whilst speakers of Catalan, Basque, and Galician are almost always bilingual in Spanish, French, Portuguese, or Italian, there is quite often a preference for the minority language. It is crucial for businesses to thoroughly research the areas they seek to do trade with, consider all the linguistic varieties spoken in those regions, and begin to think outside the box in terms of marketing their products or services. In the words of Nelson Mandela: “If you talk to a man in a language he understands, that goes to his head. If you talk to him in his language, that goes to his heart.” https://elen.ngo/information/ http://www.europarl.europa.eu/EPRS/EPRS-Briefing-589794-Regional-minority-languages-EU-FINAL.pd https://www.nomisweb.co.uk/census/2011/qs207wa https://www.scotlandscensus.gov.uk/ods-web/standard-outputs.html https://www.plataforma-llengua.cat/que-fem/en_noticies/23/la-plataforma-per-la-llengua-supports-the-minority-safepack-european-legislative-initiative https://www.gov.uk/government/publications/the-costs-to-the-uk-of-language-deficiencies-as-a-barrier-to-uk-engagement-in-exporting https://www.gov.uk/government/publications/exporting-to-spain/doing-business-in-spain-spain-trade-and-export-guide https://www.abc.es/economia/abci-calvino-esboza-politica-economica-gobienro-snchez-pero-no-croncreta-medidas-201807101352_noticia.html https://www.ft.com/content/19df28e6-43a7-11e8-93cf-67ac3a6482fd https://www.theguardian.com/education/2013/dec/10/language-skills-deficit-costs-uk-economy https://www.theguardian.com/small-business-network/2016/jun/20/let-languages-shout-out-your-business-benefits https://www.researchgate.net/publication/320001183_Minority_Languages_in_Media_Communication https://www.reuters.com/article/spain-retail-galicia-idUSL5E7LV33E20111031[/