Jump to content
Insights
As Wolfestone announce YMCA Swansea as their nominated Charity of the Year, employees begin fundraising with a bake-off.

Rolling Pins at the Ready: Wolfestone Does Bake-Off

June 8, 2017 On Thursday, 1st June, nine members of the Wolfestone team fired up their ovens and set their timers as staff competed against each other in a bake-off competition for the YMCA Swansea charity. Entries, both sweet and savoury, were baked to an incredibly high standard. Deciding a winner of the contest would be a difficult task, but luckily YMCA Swansea were on hand to help provide an expert judge – 13-year-old baking aficionado, Shriyana. 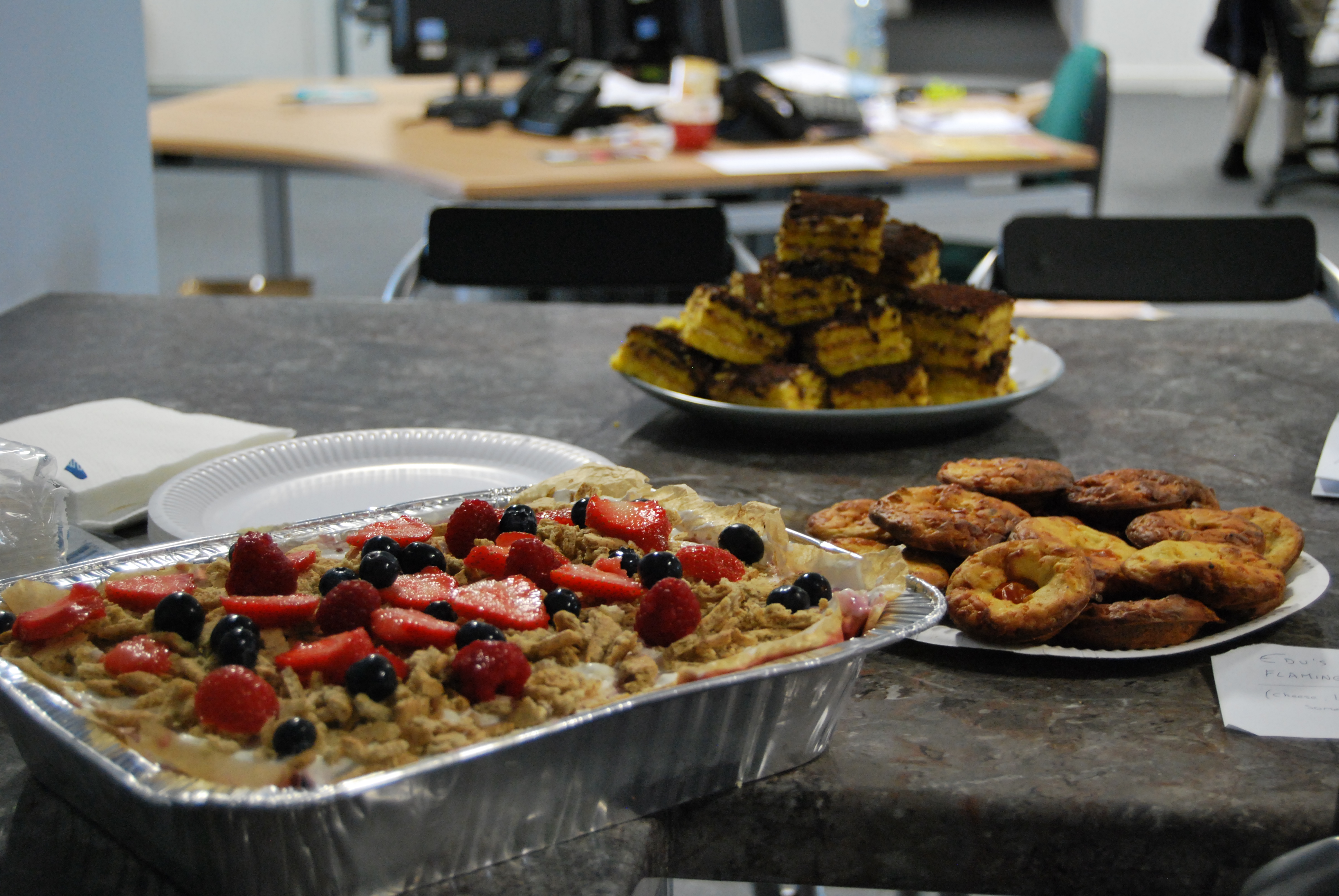 Shriyana was the perfect person to judge the contest as she had previously starred in BBC’s Junior Bake-Off. After tasting all entries, Shriyana gave the competitors some useful (and in some cases, much-needed) feedback. Shriyana commented: “The bakes were amazing and it looked like there was a lot of effort put into it. It was hard to pick the best. However, in the end creativity was the judge. I looked for unique bakes that were made to perfection and looked presentable.” The honour of Wolfestone Bake-Off Winner went to LSP Team Leader, Eduardo and his “Welsh Flaming Dragon Roulette” muffins. Shriyana was thoroughly impressed with the ‘great flavour combination’ of the muffins, which included cheese, leek and chilli. Shriyana added: “It was a great pleasure and experience, which I wish to do again.” 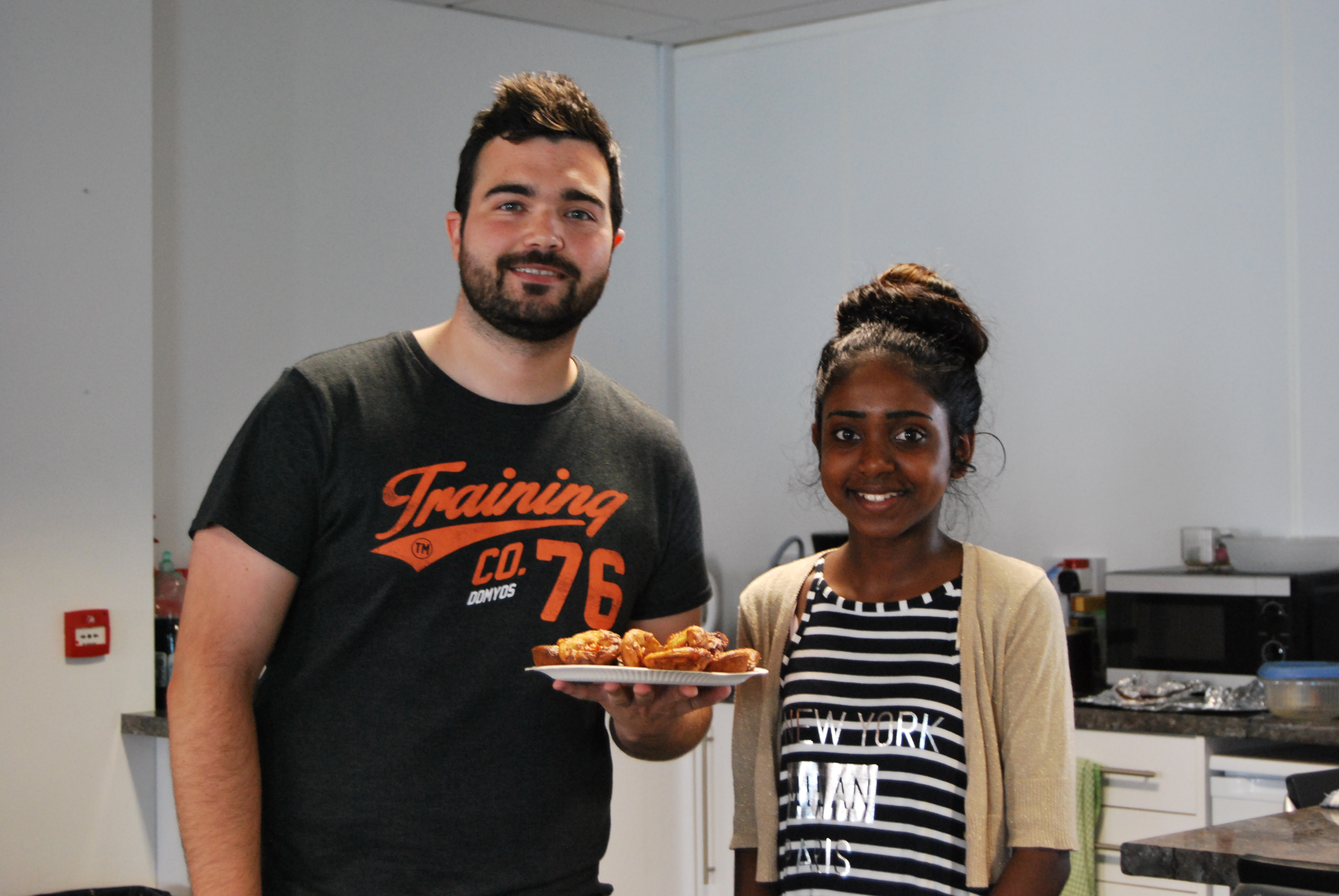 YMCA – Wolfestone’s Charity of the Year

Wolfestone’s charity bake-off marks the first fundraising event by the company after nominating YMCA Swansea as Wolfestone’s Charity of the Year. This follows Wolfestone’s record-shattering fundraising year in 2016 where the company raised over £10,000 for Tenovus Cancer Care. Established in 1844, YMCA is the oldest and largest youth charity organisation in the world and has 54 million members worldwide. Locally, YMCA Swansea supports over 5,000 young people every year, providing everything from skills, education and training to youth groups, events and activities. Speaking on the bake-off contest judged by Shriyana, Anne-Marie Rogan, Chief Executive Officer for YMCA Swansea said: “Shriyana was a contestant on the BBC Junior Bake Off, so was the perfect person to judge all the entries from the Wolfestone members of staff! The event was a lot of fun and Shriyana was an excellent judge.” She continues: “I would personally like to thank Wolfestone for selecting YMCA Swansea as their ‘Charity of the Year’ and for hosting a ‘Bake-off’ fundraising event on our behalf. We look forward to working with Wolfestone on more events throughout the year.” 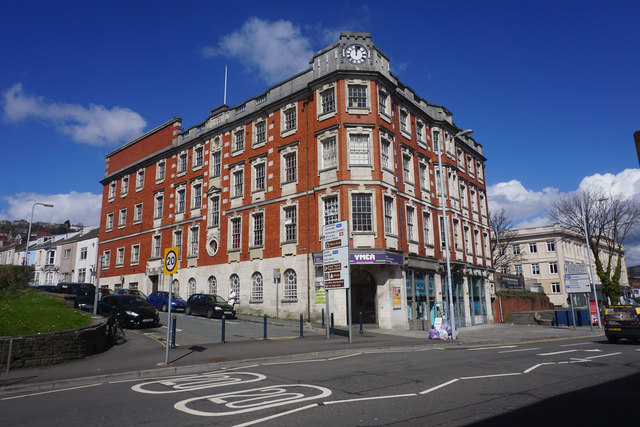 Since its inception, Wolfestone has committed to supporting young people in the local community. Wolfestone employees can often be found volunteering in local schools and colleges passing on vital experience and guidance for young people preparing to enter the world of work. Alex Parr, Managing Director said of the decision to support YMCA Swansea: “We are proud to partner with YMCA Swansea, nominating them as Wolfestone’s Charity of the Year. YMCA Swansea’s work is so important for the vulnerable young people in our community. It’s imperative that as a successful local company, we reach out and support fundamental charities like YMCA. Our staff did an incredible job last year fundraising for Tenovus and we’re all incredibly excited to partner with YMCA Swansea to raise as much as we can for this wonderful cause.” For more information on YMCA Swansea, or to see how you can make a difference, visit the charity’s website here.